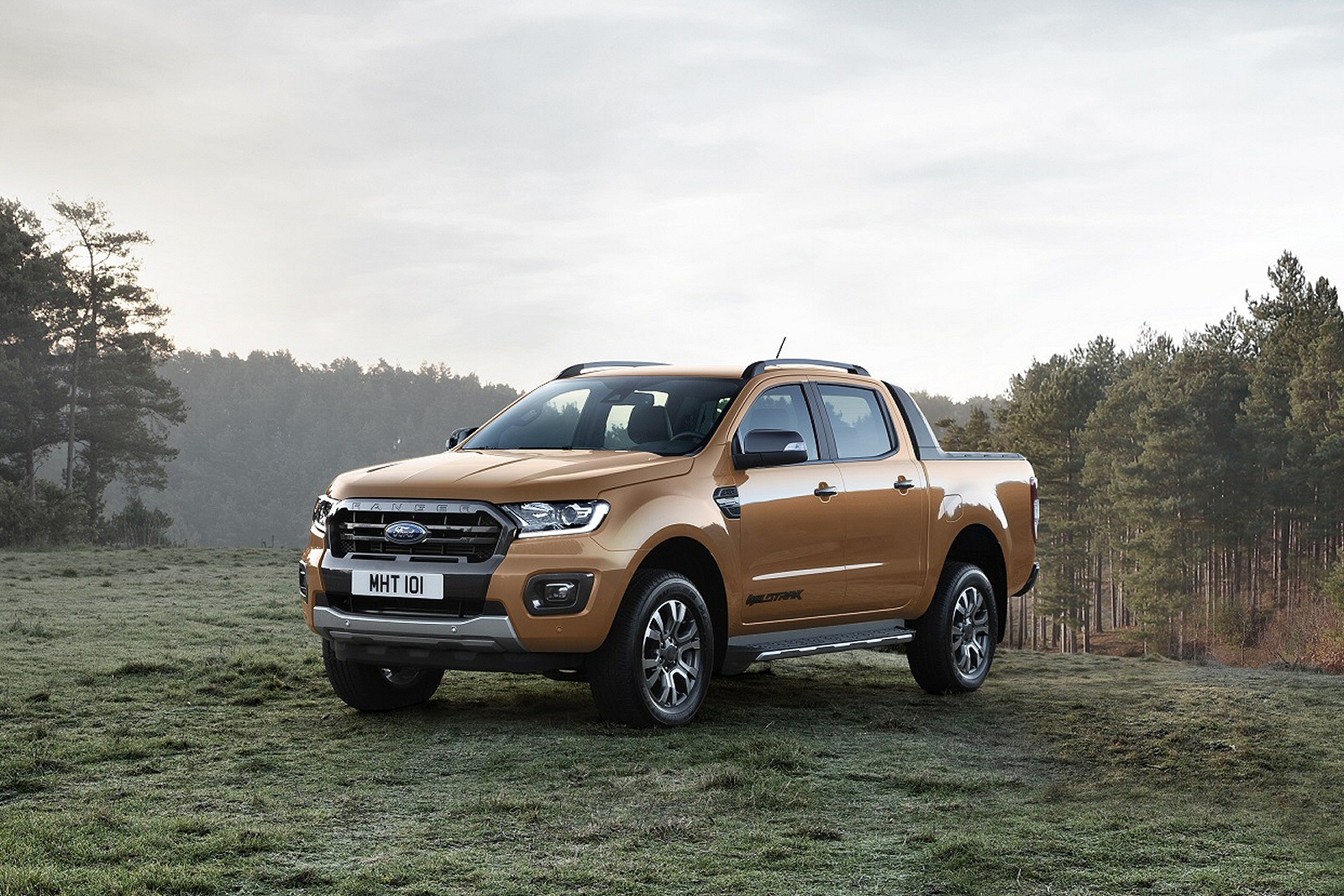 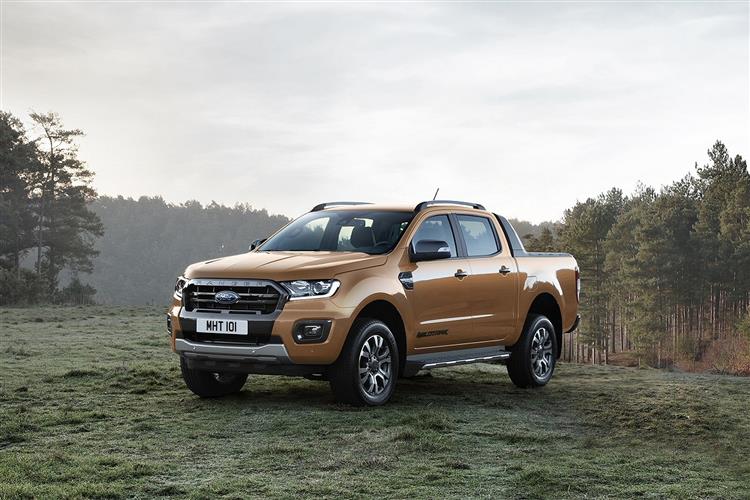 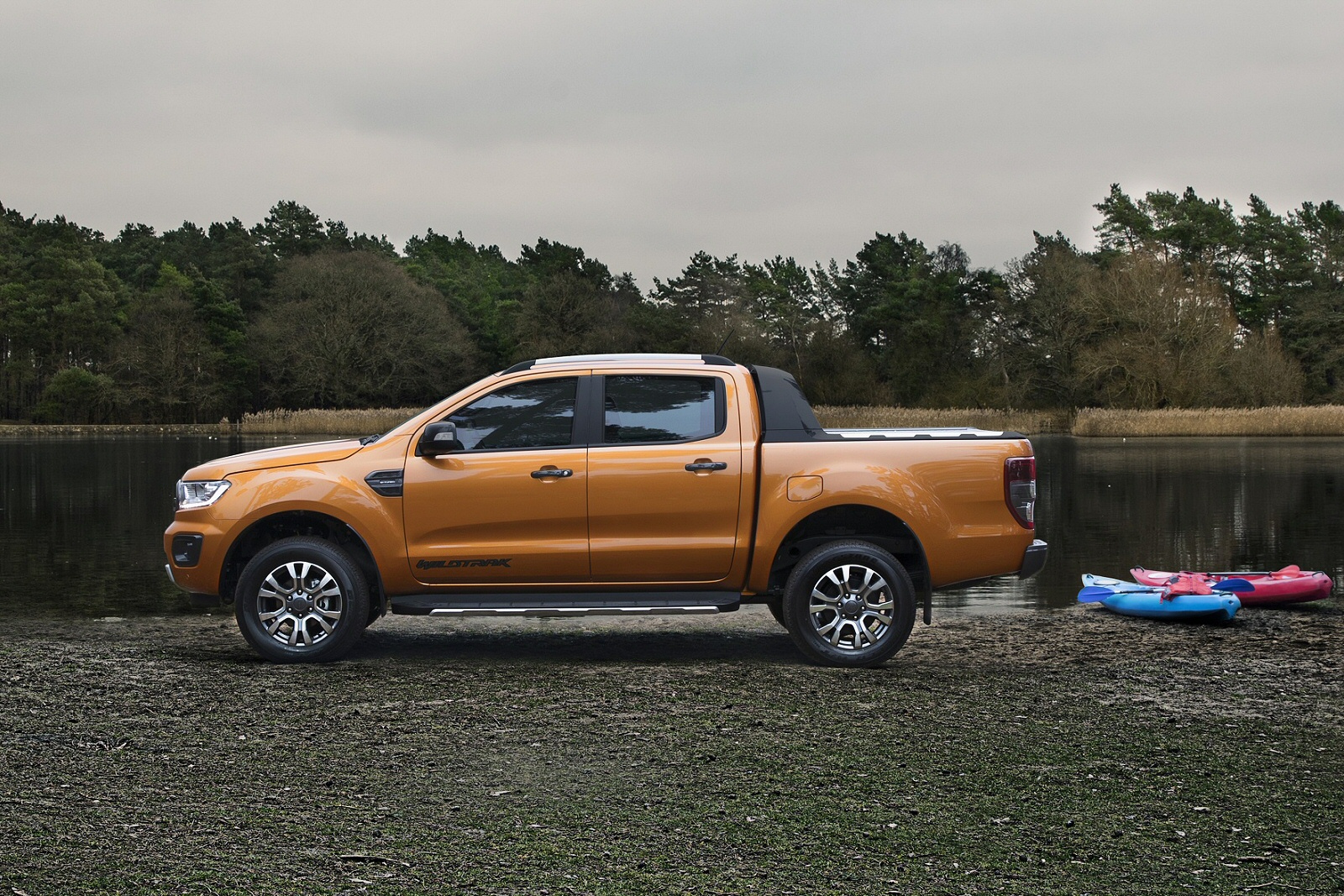 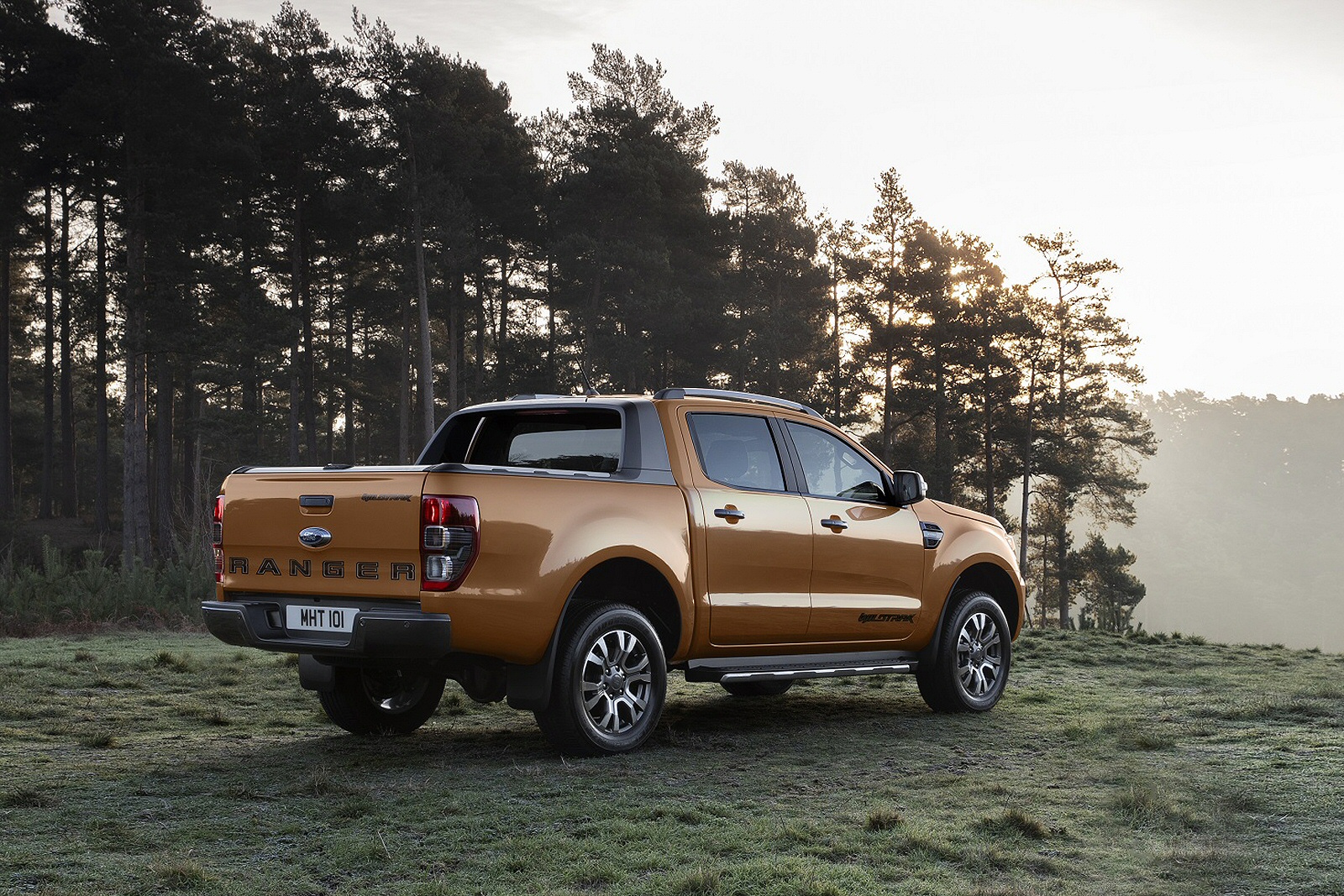 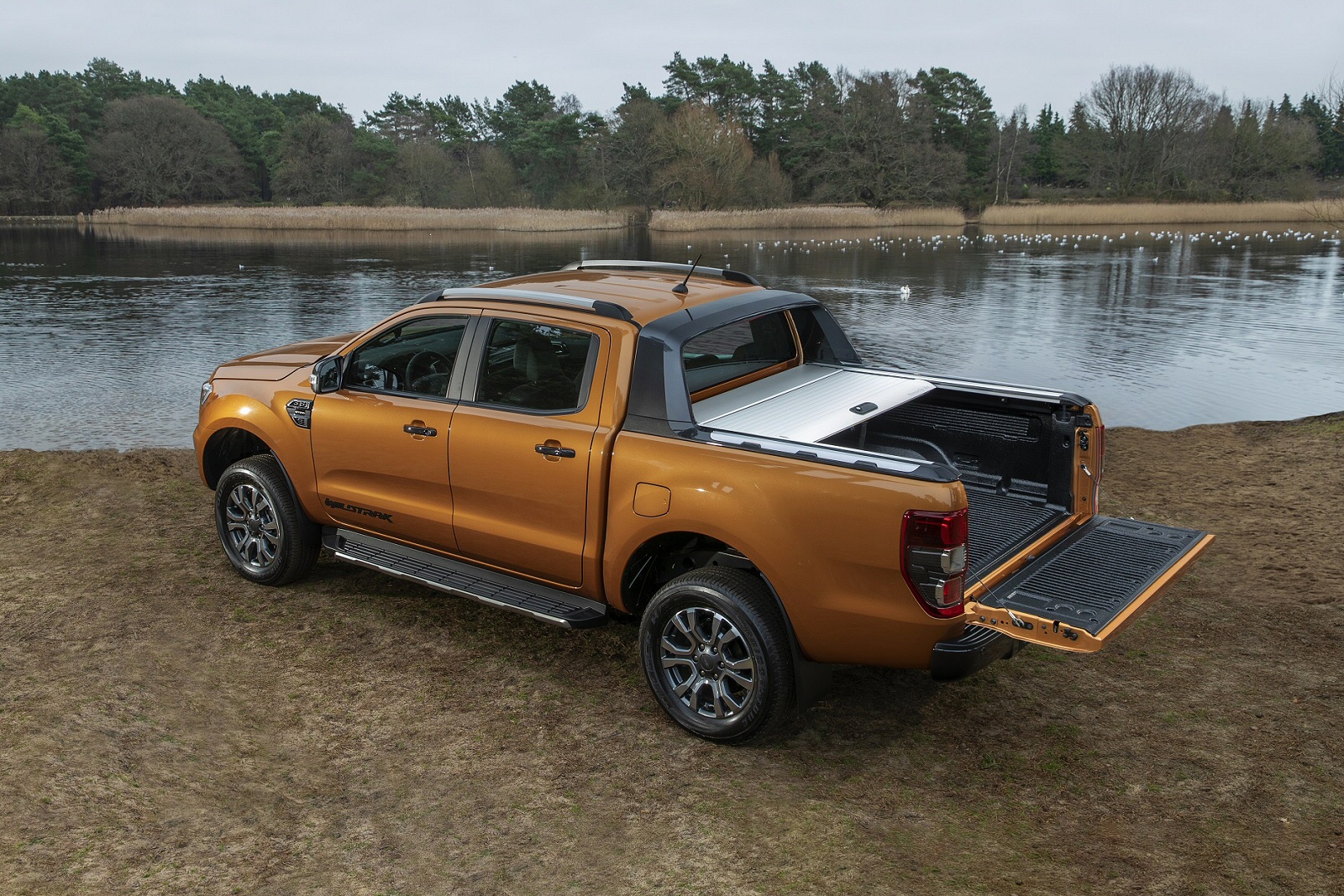 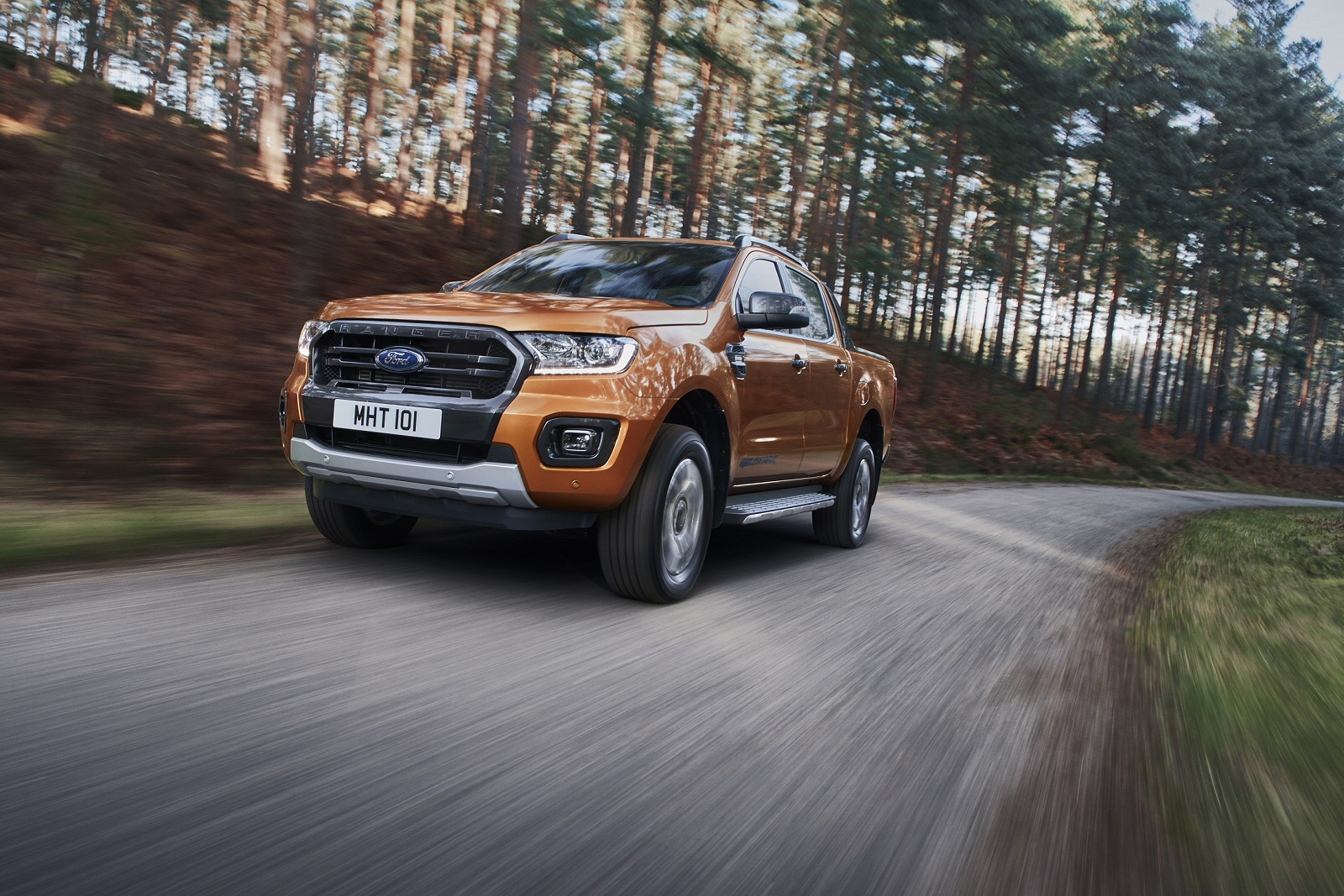 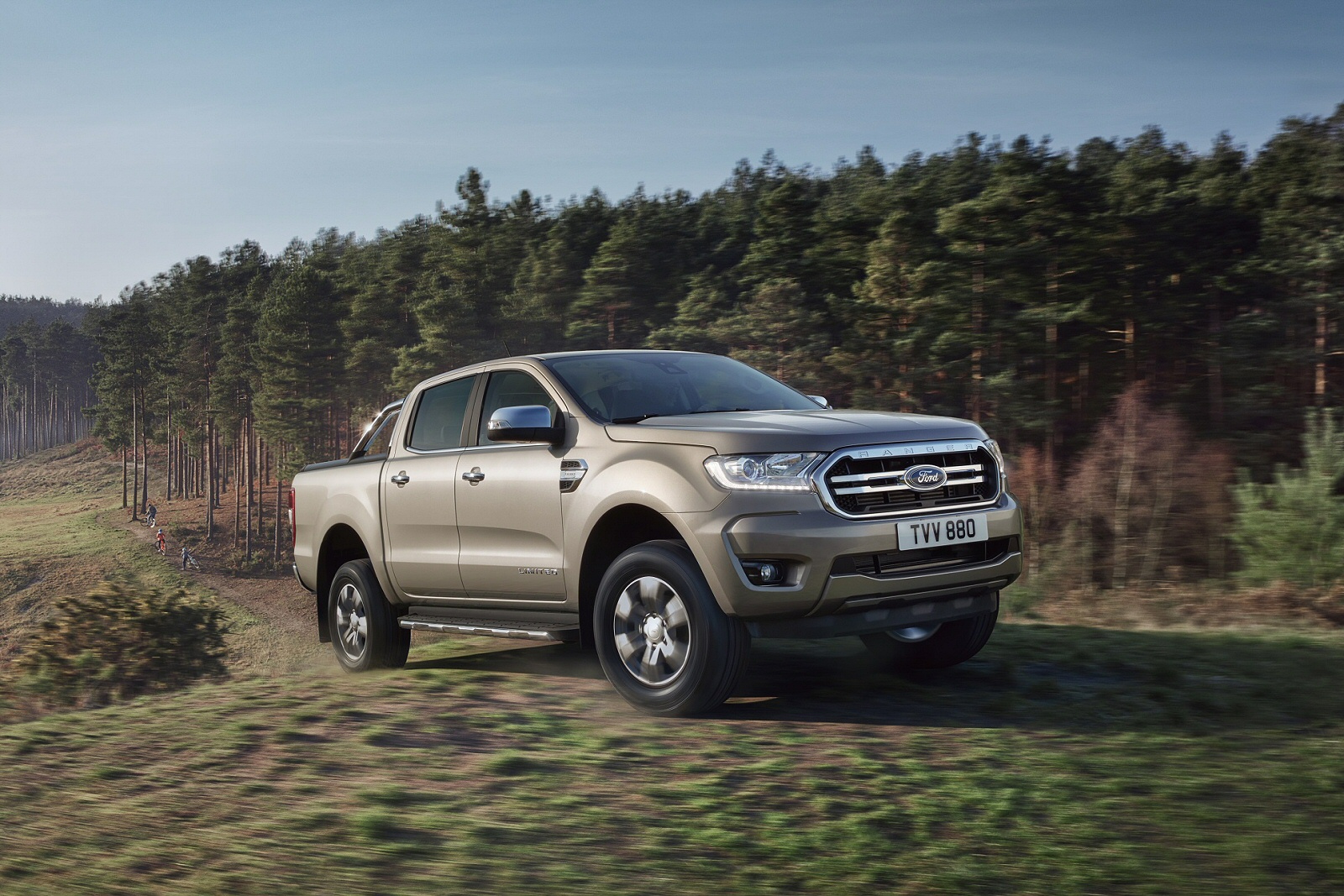 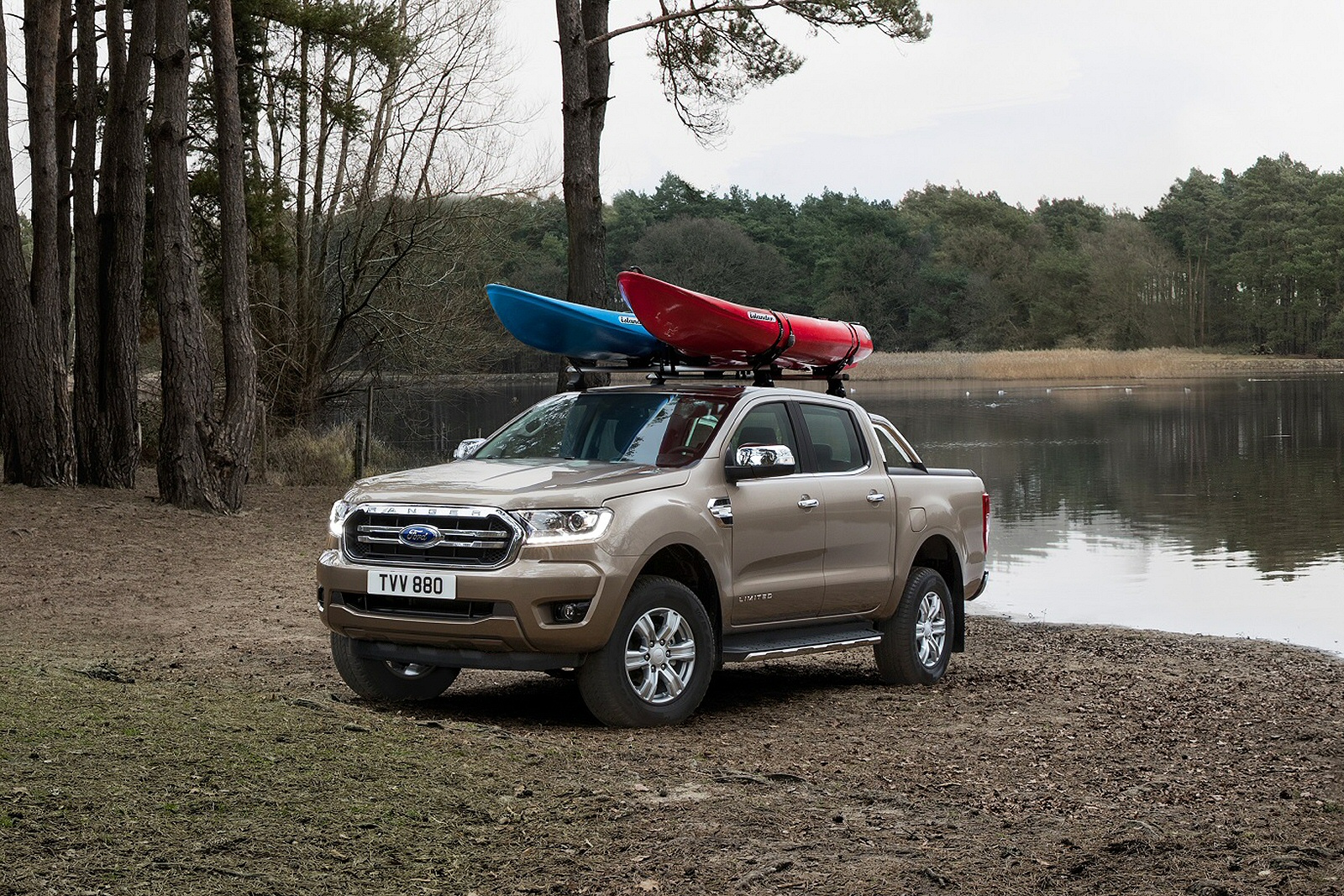 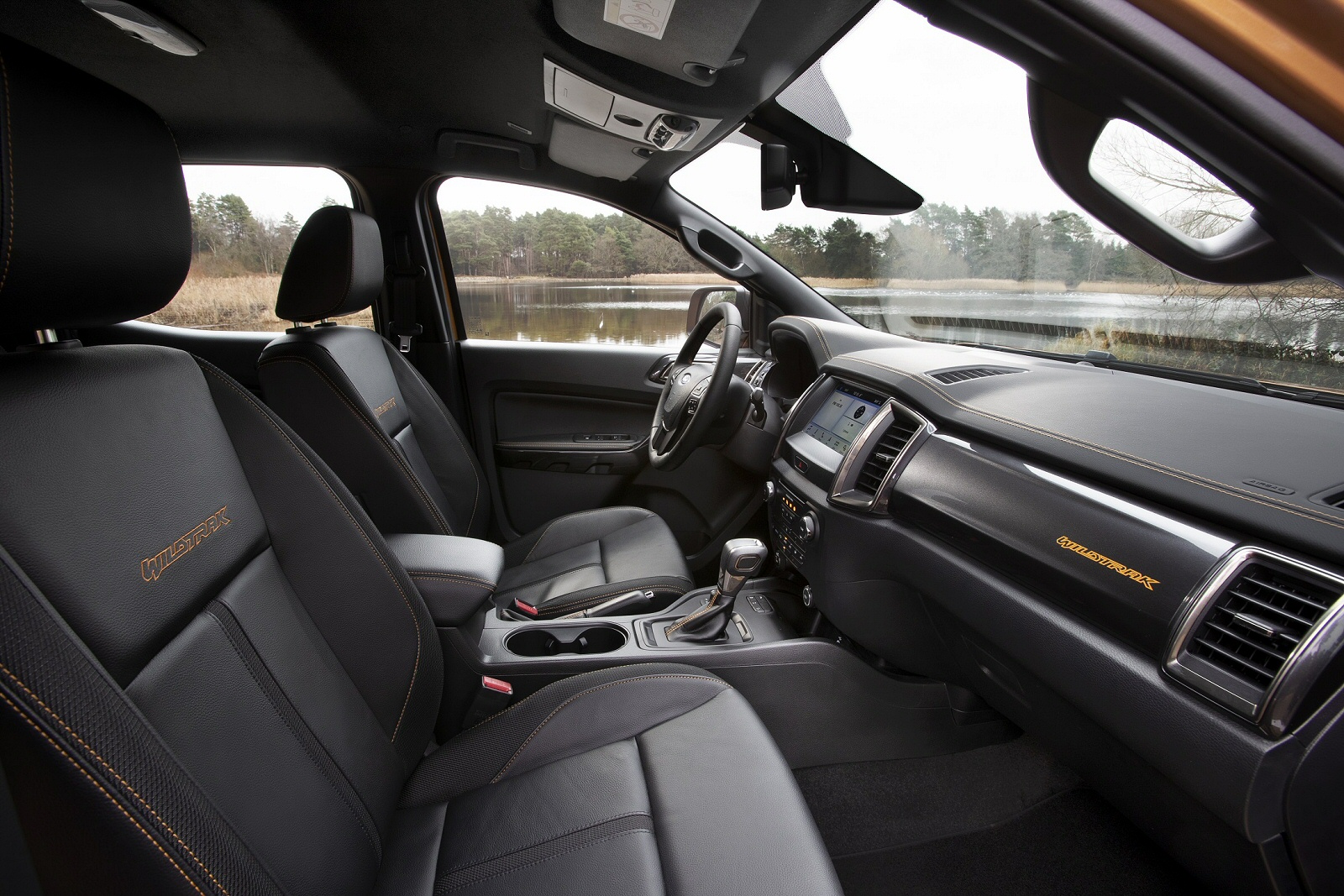 The much improved Ford Ranger pick-up is far more efficient, as well as being smarter and very media-savvy. Plus it's still tough and decent to drive for a vehicle of this kind. Jonathan Crouch investigates.

It took Ford a long time to create a pick-up tailored to the needs of European customers but the brand finally managed it with the third generation Ranger model it launched in 2012. With this line-up, the marque at last had a product to properly compete with the tough Japanese triumvirate that rule this market segment this side of the Atlantic, Mitsubishi's L200, Toyota's Hilux and Nissan's Navara. All three are good vehicles but very obviously commercial in feel. This Ranger claims to offer something more, if not a road car with a pick-up deck, then the closest thing to that we've yet seen, with a design versatile enough for export to over 180 countries. Since this vehicle's original launch though, pick-up buyers have become more demanding, especially in terms of the efficiency they expect and the technology they want. This heavily revised Ranger line-up represents Ford's answer to that need.

There aren't many pick-ups developed first and foremost to prioritise driving dynamics, but this is one of them. So what's it like? Well, really, it depends upon your expectations. Does it ride and handle like a Discovery? Well of course it doesn't. A Discovery isn't built to take a 1.3-tonne payload. But does it set handling standards for the pick-up segment? Very definitely yes, more agile, stable, precise and comfortable than any vehicle of its kind we've seen to date. There's decent steering feel for a pick-up too. Double Cab high-power variants now feature Active Noise Control technology for improved refinement. Under the bonnet, the key news lies with the introduction of a new 2.0-litre EcoBlue diesel engine to replace the previous 2.2-litre TDCi unit. It comes in a couple of single-turbo guises, with either 130 or 170PS. Plus there's a flagship bi-turbo 213PS unit with 500Nm of torque. That also features on the top Raptor version with its unique rally-stype coil suspension. Of course, if you're a typical Ranger owner, you'll want to be putting his pick-up's all-terrain capability to the test on a pretty regular basis. Which is why the range is now entirely built around 4WD variants. As usual with vehicles of this type, this one runs in 2WD unless you rotate this controller to its '4H' '4x4 High' setting, something that can be done on the move. That'll be fine for slippery tarmac and grassy fields, but for anything more serious than that, you'll want to switch further into the '4L' '4x4 Low range' mode that'll give you a seriously go-anywhere set of off road ratios.

Almost the only global market in which you won't find this Ranger is that of the US. Apparently, it's not big enough. Seems pretty large to us, nearly five and a half metres long and with a bulk quite intimidating enough to frighten away fast lane dawdlers. This revised version gets a smarter look with a revised front bumper design and a re-styled grille, the central horizontal bar now split along its length into two slim sections. Higher-series versions feature premium bi-xenon headlamps and LED daytime running lights. The interior now comes with Ebony Black trim, and the painted surfaces have been given a greater shine and depth. Models equipped with 10-speed automatic transmission also feature a more upscale gear-selector knob. Ther plush Ranger Limited variant features black leather seats and introduces an exclusive 17-inch alloy-wheel design. Otherwise, it's as you were. If you go for the four-door Double Cab, there's plenty of space in the back: two six-footers can certainly sit one behind the other with ease. Under the rear seat, you've hidden storage bins to keep tools and valuables away from prying eyes. Or, if the rear bench isn't in use, you can fold down the backrest for packages you may not want to consign to the rear loadbay. And up-front? Well, you climb up high to perch behind the wheel of any pick-up and this Ranger is no exception, with an airy, commanding cab offering great all-round visibility and class-leading front seat headroom. The instrument cluster with its central LED display was apparently inspired by the design of a G-Shock watch, precision workings protected by a robust casing. And plusher models get an eight-inch infotainment touchscreen on the dash, via which owners can use the latest 'SYNC 3' media connectivity system that Ford now offers in this vehicle.

There are three Ranger bodystyles - 'Regular' single cab, 'Super' (which has occasional rear seats) and 'Double Cab' with proper rear seats. The 'Regular' bodystyle is only available with base 'XL' trim, while the 'Super' option only comes with the mid-range 'XLT' and 'Limited' trim levels. Near the top of the line-up is the high-spec 'Wildtrak' variant, offered only in Double Cab form, with sales focused on the bi-turbo diesel engine. That's also the engine you have to have in the exclusive 'Raptor' flagship model. 4WD is fitted to all derivatives. Prices start at around the £23,000 mark, excluding the VAT that most business buyers will be able to claim back. For the Double Cab bodystyle most customers will want, you'll need to be budgeting in the £25,000 to £34,000 bracket excl. VAT. For a top 'Raptor' variant, you'll be looking at paying around £51,500 since you won't be able to claim back VAT on this model (because its payload capacity is too low for it to qualify as a commercial vehicle). Still, you get a pretty unique pick-up in return. With this improved Ranger, you get upgraded Ford 'SYNC 3' media connectivity, plus safety items like a Lane Keeping Aid and Adaptve Cruise Control. The FordPass Connect on-board modem turns the Ranger into a mobile Wi-Fi hotspot with connectivity for up to 10 Wi-Fi enabled devices, and also enables a range of features to be accessed via the FordPass mobile app.

Potential business owners may well be approaching this Ranger thinking that sleek looks, a smarter more spacious cabin and class-leading driving dynamics are all very well but that they'd trade all of them for the practicality out back that this vehicle will need to earn its keep. They don't have to, for thanks to big dimensions and a high beltline, this Ford's load-lugging stats are as good, if not better, than any other vehicle in its segment. The 'Regular Cab' and 'Super Cab' models offer, respectively, 1.82 and 1.45 cubic metres, while the Double Cab version is also more than competitive with 1.21 cubic metres. And running costs? Well the switch to 2.0-litre EcoBlue diesel power has usefully improved efficiency. The base 130PS variant manages 35.3mpg on the combined cycle and 209g/km of CO2. For the 170PS version, the figures are 34.0mpg and 216g/km. And for the 213PS Bi-turbo model, you're looking at 30.7mpg and 228g/km. Much more like it. Running costs for the Ranger are helped by the 4WD/2WD system that allows off road users, once back on tarmac, to switch to two wheel drive - obviously the more fuel efficient option. Pick-ups like this are never going to offer a slippery shape but even so, Ford have engineered a large car able to carry five adults and serious amounts of luggage, equipment or other heavy loads, that is relatively aerodynamic.

You can't deny that this revised Ranger is a thoroughly engineered product. But is it the first Ford pick-up to truly approach market leadership? We think it might be. It's safe, spacious, clever, able to carry large loads and, in four cylinder guise, finally has an engine efficient enough to match or beat the competition. Whether the need is for active family weekends, or simply to carry workmates with their kit and tools, this rugged do-almost-anything automotive swiss army knife seems to have it covered. From the back streets of Bangkok to the logging trails of Liberia, you'll find Rangers earning their keep, but the key thing here isn't really this product's ruggedness: this Ford was always tough to break. It's the driving dynamics on offer. Maybe these aren't as car-like as the Blue Oval would like us to think, but they're very good for a vehicle of this kind, aided by technology that'll see Japanese competitors having to play catch-up. When it all comes down to it, the right tool can make child's play of men's work. And if you're looking for one of the best all-round contenders in the pick-up sector right now, then this is the right tool. Job done.